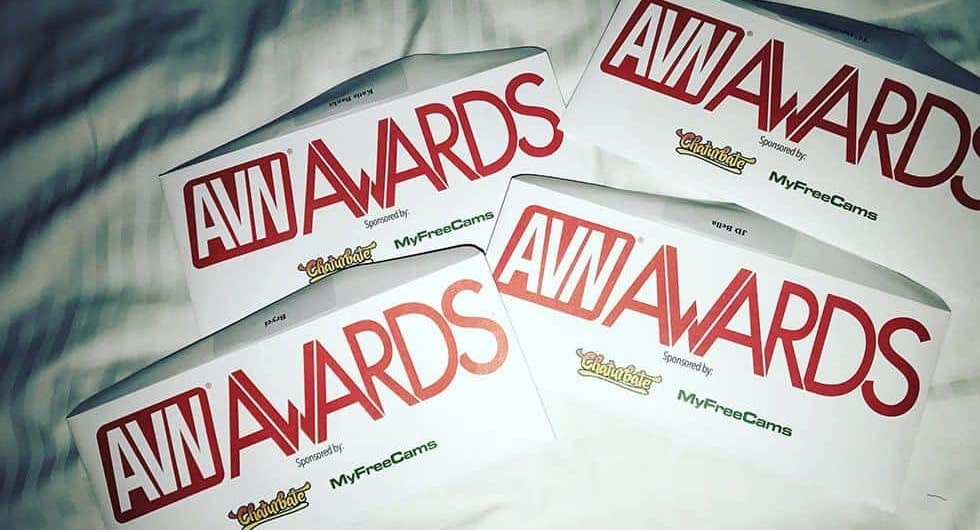 I can’t believe this!

We won the 2017 AVN Award for Best Solo Website!

Bryci and I were in Vegas last January for the 2017 AVN Awards… here’s the story of what went down!

We had been nominated for several AVN awards. We didn’t expect this of course, we were blown away!

I was getting ready to have a relaxing bath and Bryci was reading her phone, AVN had just announced the nominees. She goes – you were nominated for best new male. I laughed, yeah. riiight. She wasn’t kidding.

BellaPass, our studio Bryci and I created in 2009 was nominated for best imprint which is a fancy way of saying best new studio.

The red carpet was weird… so many people wondering.. who are these two?

Shortly after the photo taken above was snapped, Bryci and I left because her throat was killing her. She couldn’t speak, she was tired and sick. We didn’t go into the awards themselves, simply because we thought… we came, we saw, it was fun… time to listen to our sick bodies now. As a final YAY WE DID THE RED CARPET! – We went to Mr Lucky’s (a restaurant in the Hard Rock Hotel) and had a monster banana split because that’s what all models do.

We’re back in our room and Marley Brinx, a kick ass fellow Canadian we worked with in the past for one of our DVD’s as well as our website txts Bryci and congratulates her on the award.

We’re laying in bed, in our hotel room 9 stories up from the event and we’re like… haha good one Marley.

She wasn’t joking though, as more texts started to come in! It was cool having good friends text us to say congrats.

So I ran downstairs from our hotel room on the 12th floor to grab the award from the AVN offices they had set up to give awards to the models/studios!

Bryci did an unboxing and of course, we did a bunch of Youtube vlogs from Vegas. All are below if curious 🙂

Thank you to the fans and of course, AVN, for making this possible!