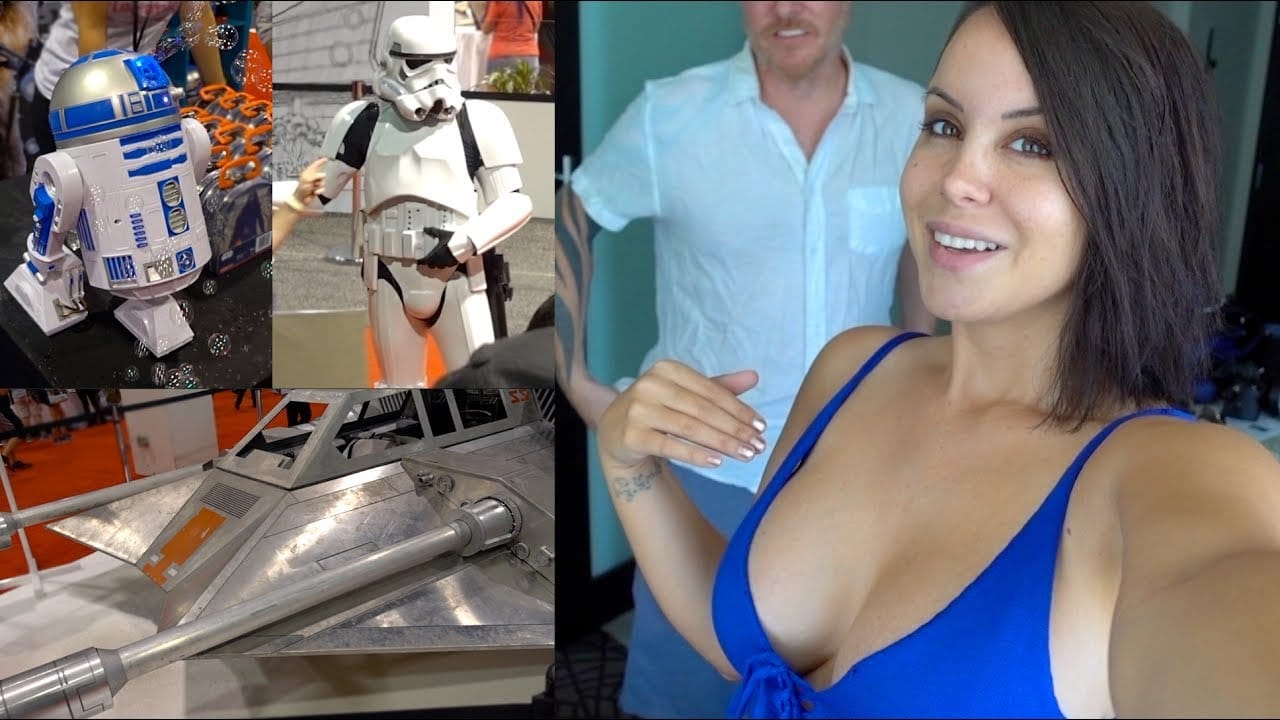 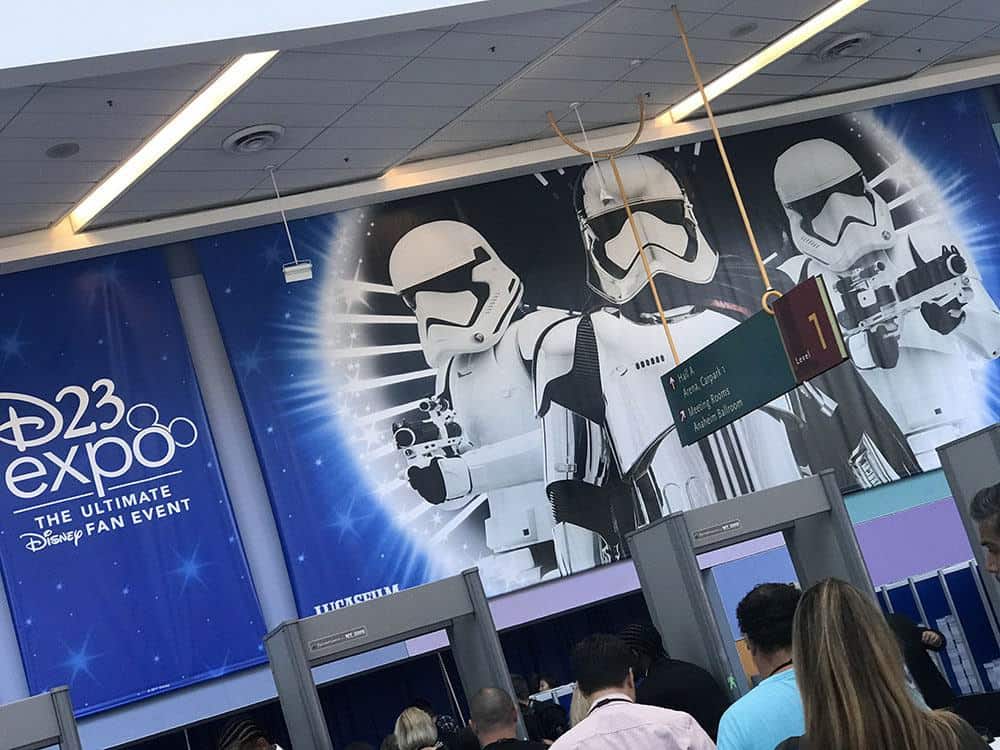 Bryci and I recently traveled over 62 hours in our Jeep to drive from Western Canada down to the D23 Expo in Anaheim, California. We met up with Katie Banks and TC Davidson down there for the three days we were in California. The trip was long, and there is a story for sure behind it, but for now.. we’ll focus on the event itself. I vlogged as well about it, I’ll add that at the bottom of this post if you’re curious.

You’ve heard of Comic Con right? San Diego Comic Con is the Con that started it all (con being short for convention). SDCC is the most popular and hardest geekfest to get into and Disney knew this. They also knew that with owning Marvel and Lucasfilm, they held a major part of the reason people went to SDCC.

A couple years back (2015), they decided to not showcase the latest Star Wars movie and instead, they shows it off at D23, held one week before Comic Con but in Anaheim, across the street from Disneyland no less. I didn’t go to the 2015 D23 but I heard it was epic so we bought tickets and made the journey to this one with hopes we’d see something from Last Jedi that was not yet seen.

It was insanely hot and yes, we were thrilled to be around so many people after 31 hours of driving. 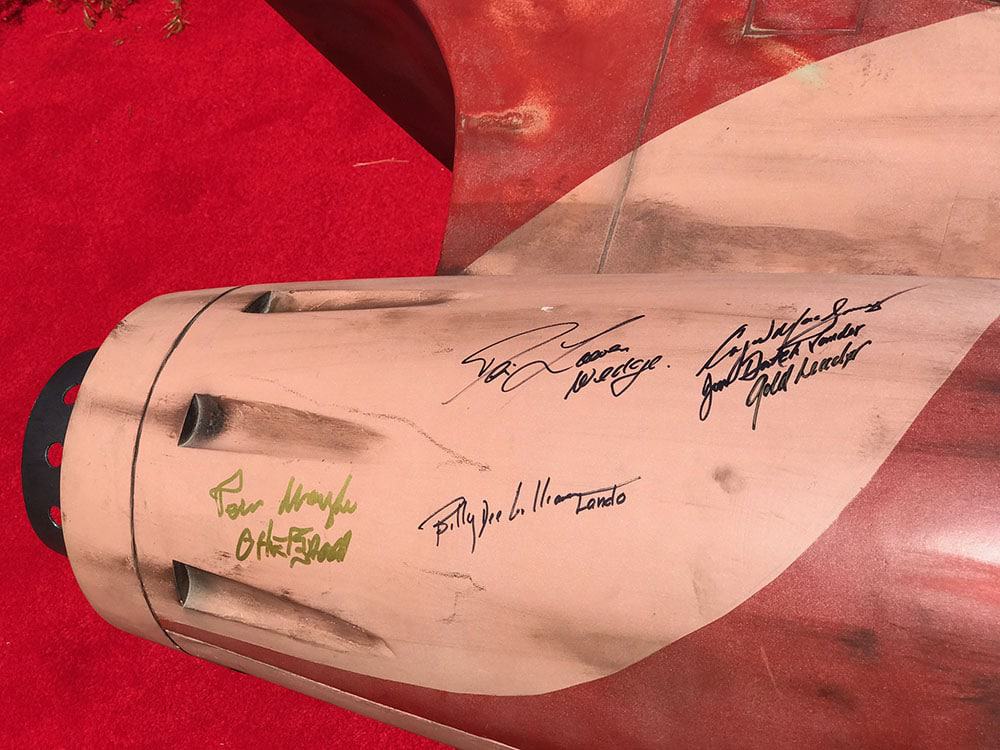 What we didn’t count on (but we should have) is the insane lines that go with conventions like PB goes with J. We didn’t feel like lining up Thursday night for a D23 Hall viewing on Saturday. Can you imagine sitting outside for 36 hours or so, all so you can be in a huge room with other angry tired people, while you get to watch a small screen to get a glimpse of something they will undoubtedly release on youtube a day later?

Yeah, never can I.

Fun note – the video they showed at D23 from Behind the Scenes of Last Jedi – they released on youtube at exactly the same time. Awesome.

So we walked the convention floor, which was props from the movies, geek toys, some of which you could purchase. 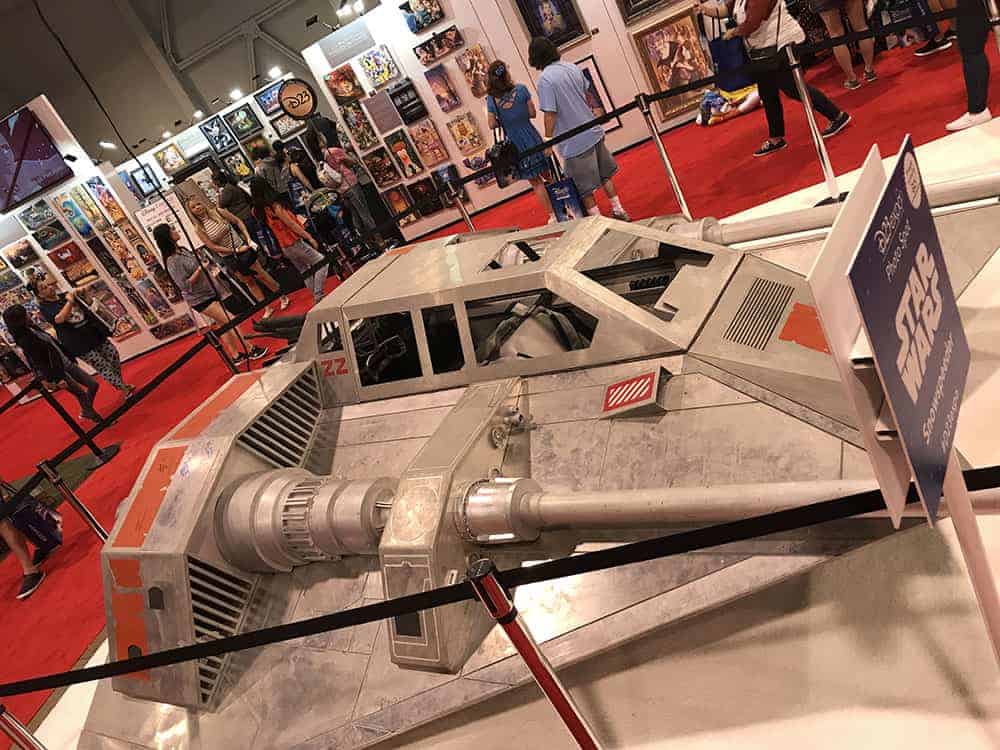 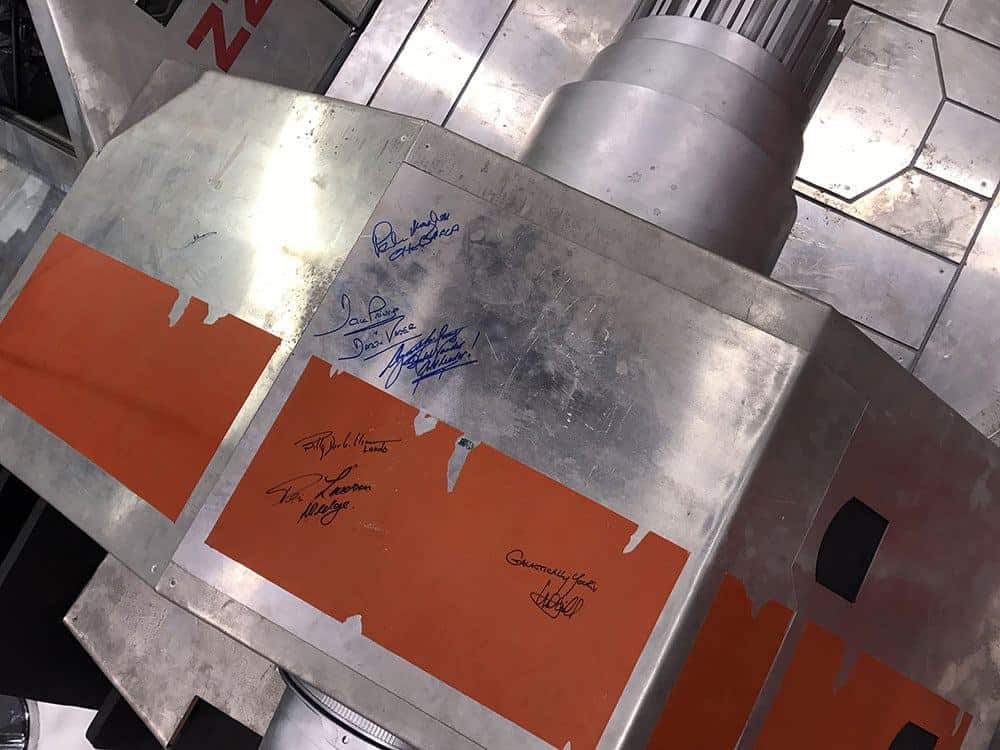 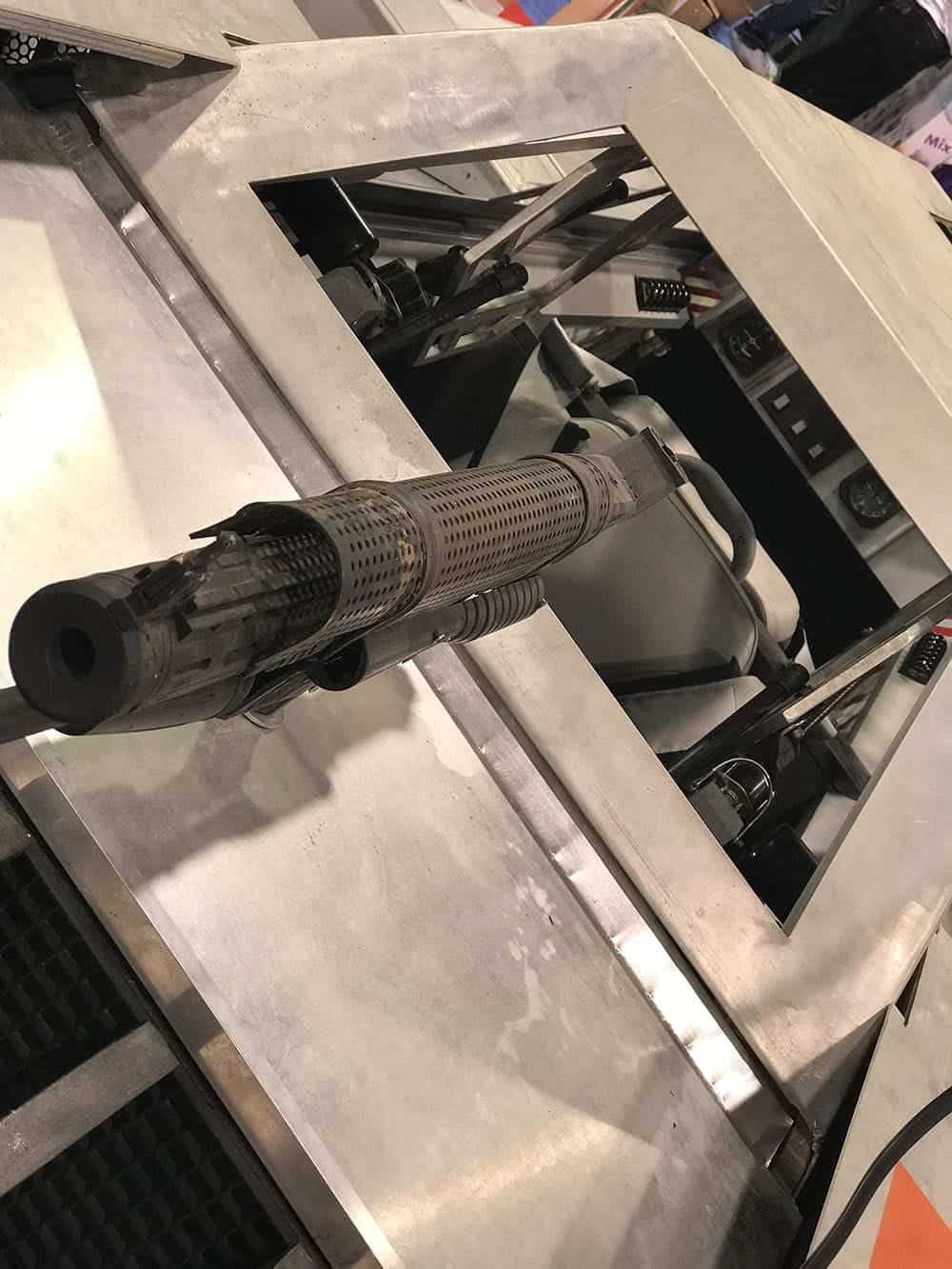 The attention to detail was crazy. Check the vlog (below) for more of this.

Then of course, smaller props that were used in the movies… 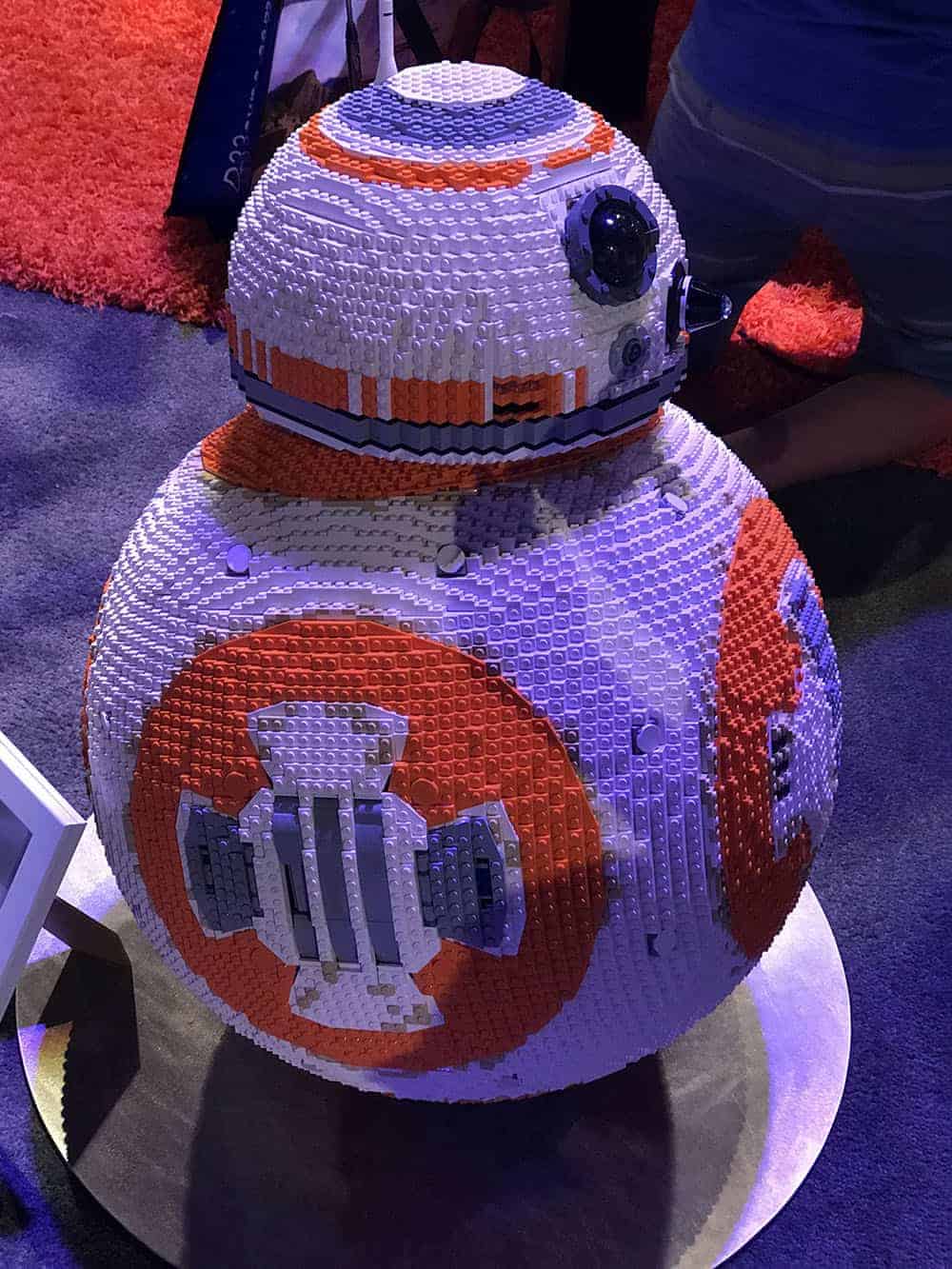 Where in the world are we?!

Of course, they were also selling full size exact replica helmets and full armor for Stormtroopers. 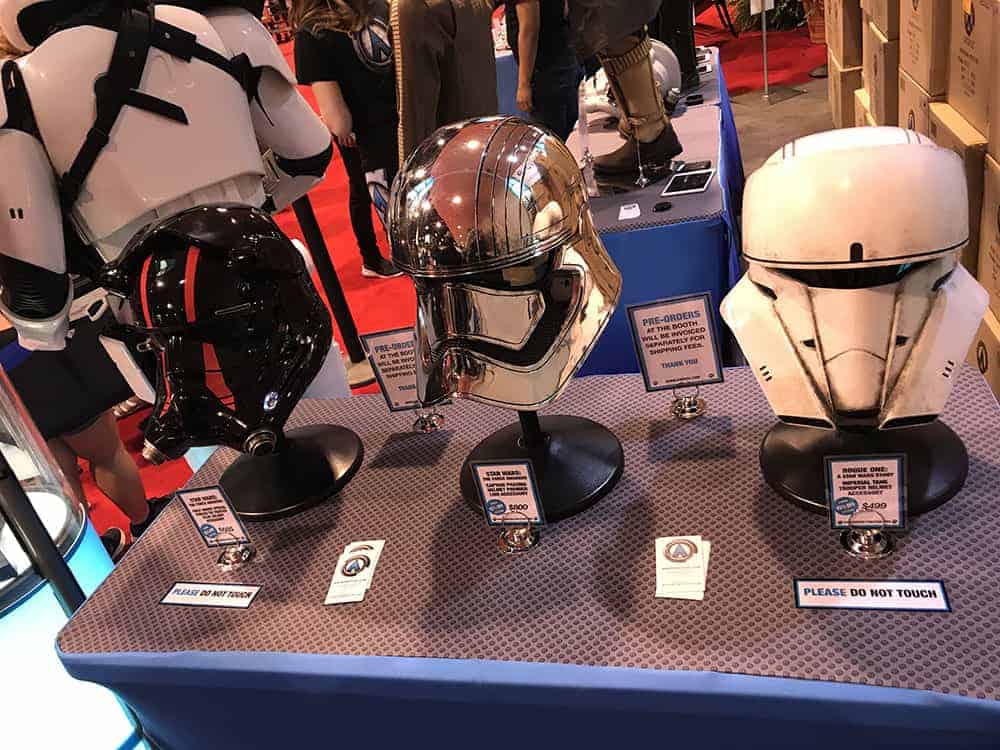 The event was cool from a geek perspective but Disney didn’t show anything really for Last Jedi but then a week later at Comic Con, they did. They showed a ton of outfits, props, even the cast was there.

WTF Disney! We go to your own house and you can’t show us a good time?

We will not be going back to D23. I’d even suggest you save your money if you’re looking for Star Wars awesomeness. I guess if you live close, sure, it’s worth the small fee to get in but if you’re flying or driving there, plus hotel etc… no no and no.

Only TWO good things came out of D23.

I’ll give you a hint what those two things were. (we both bought this shirt, his/hers = geek love) 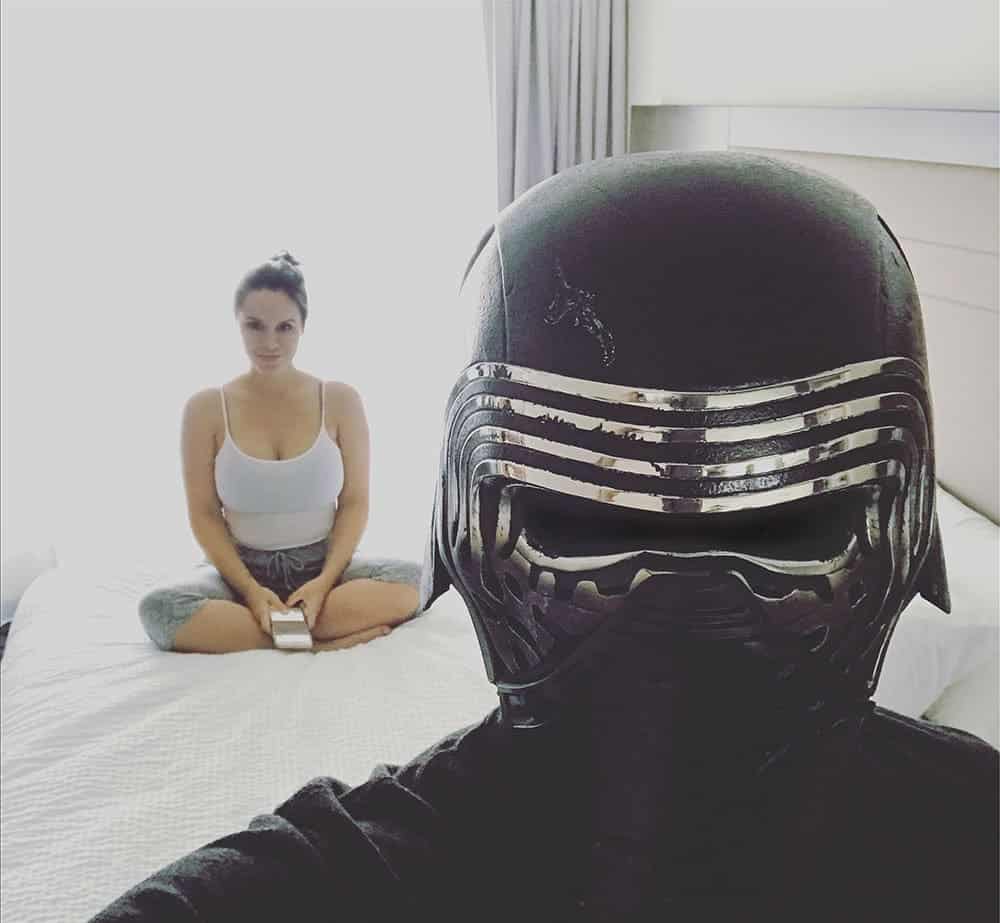